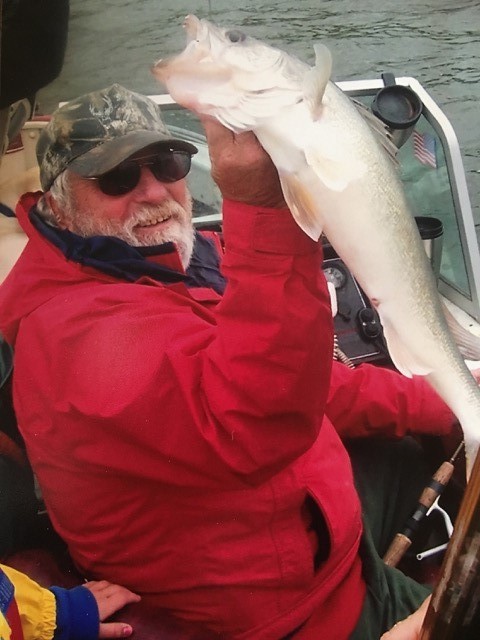 Donald Stewart was a Coyote Alumni from the Class of 1958.  He passed away in 2017 from a form of lung cancer at the age of 78. “Donny, Stew, or The Little Red Head” as he was called by many, was part of the first graduating class from the old Williston High School. He was very proud to be a Coyote and that his children and grandchildren were all Coyotes as well.

Donny loved sports! He wrestled for WHS under HL Pederson, which was not only on the first wrestling team for Williston High, it was the beginning of high school wrestling in North Dakota! His first wrestling uniform was a pair of dyed long johns covered with white shorts, with no tops.  He also played football and was a pole vaulter for the Coyotes.

You would see Donny at a Coyote sporting event, and while he was watching, he would be listening to another Coyote team playing on the radio. He was a Williston Coyote supporter and was very proud of the fan of the year award he received. Donald’s family started this scholarship to remember his dedication as a Coyote fan.