Williston Public School District #1 voters went to the polls on March 20th to decide the fate of a 77 million dollar bond referendum that was designed to build two new elementary schools and add on to the new high school.

Approximately 2200 voters turned out, with nearly 60% voting against the referendum.

The school district will now go back to the drawing board and look for other options to combat the growing student population, now at 4,100 students and with projections that have the number approaching 5000 in the coming years, and the limited capacity of the district's existing schools.

For more details, read this article from the Williston Herald.

Gifts to the Foundation: 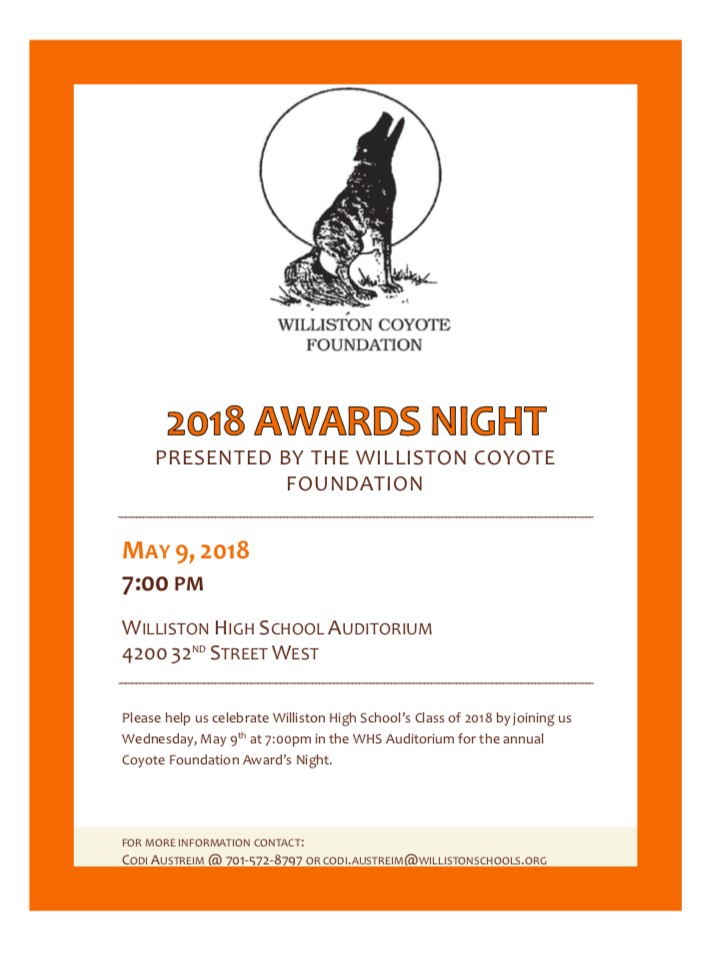 It's hard to believe that it's already that time of year again.  Our 2018 Awards Night is scheduled for Wednesday, May 9th, at 7:00 pm in the Williston High School theater.  We've added a number of scholarships this year, and we are excited to honor the WHS Seniors who will be receiving Coyote Foundation Scholarships this year.

Our Scholarship Program is one of the best in the state of North Dakota, and we are so honored to give these awards in remembrance of loved ones, former Coyotes, community leaders, etc.  If you have never joined us before, please consider doing so.  It is our favorite night of the year!