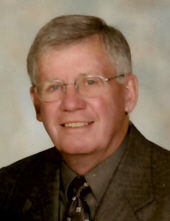 This scholarship was started by someone who was directly impacted by Del's kindness and wanted to pay tribute to the outstanding contributions he made in the lives of so many people in Williston and beyond. It will be awarded to someone who is hard-working, caring, and outgoing, traits that Del displayed each and every day.