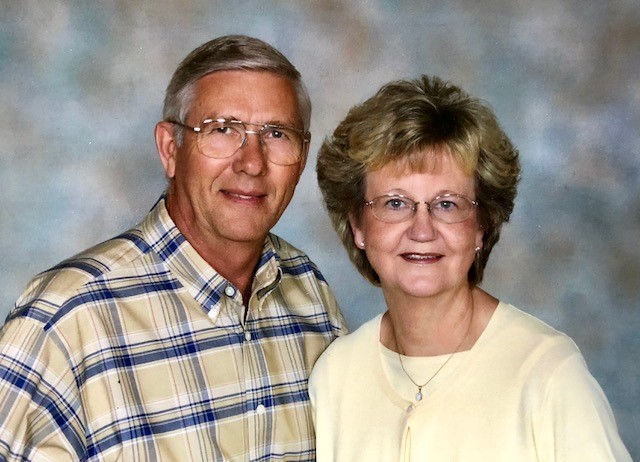 Arlo Hendrickson was a frequent spectator at Coyote boys and girls basketball games dating back to 1978 when his daughter, Julie, played for the Pat Hatlestad era of girls basketball and again when his son Mike played for Gary Knutson. He and his wife, Merri Jo, followed the Coyotes both at home and away, never missing a game! Even after their children finished their Coyote careers, Arlo and Merri Jo continued to support the Coyotes at home games whenever they could. Their love of watching their children play continued on at UND-Williston where both Mike and Julie were scholarship athletes.

Arlo and Merri Jo have traveled all over the state of ND and as far as Phoenix, AZ to continue watching their grandchildren play as much as they were able.

Arlo was well known in the Williston community as he was involved on many committees and also owned service stations for many years. The words many used to describe Arlo were “loyal,” “ethical,” “honest,” and “hard working.”

Arlo lost his battle with lung cancer in December of 2017 at the age of 77.

The Hendrickson family would like to continue Arlo’s love of basketball and honor a player on the Williston Coyote basketball team (or another Coyote athlete) with a scholarship in the amount of $500. The recipient will be chosen by the family and the Coyote Foundation scholarship committee and the winner will need to display the qualities that Arlo lived by as mentioned above.