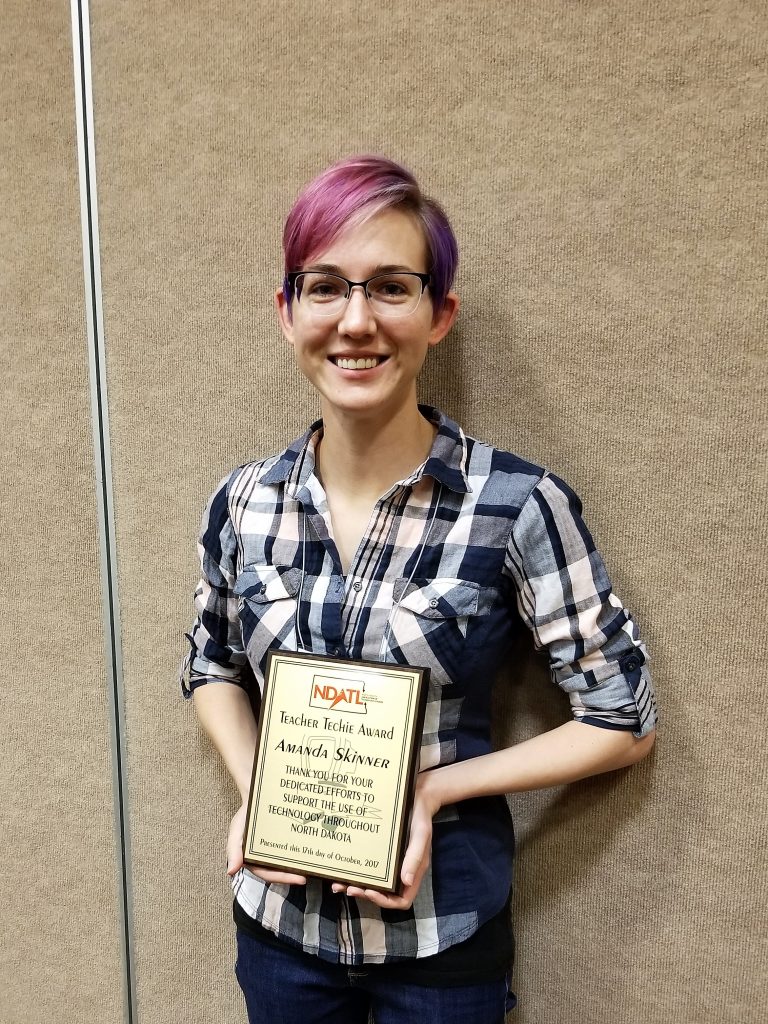 Mrs. Skinner teaches STEM classes at WHS, including a Robotics Class, that the Coyote Foundation helped provide funds to purchase the robots.  She also successfully introduced a new IT Essentials Class at WHS, providing her students the opportunity to learn more about IT support and careers in the field of technology.

This is not the first award Mrs. Skinner has been given for her efforts.  She also received a STEM award through Statoil to attend a STEM academy last year.

Congrats to Mrs. Skinner!  Keep up the great work for our students!

Gifts to the foundation:

We do so much more than scholarships at the Williston Coyote Foundation. We also look for ways to help the schools through unrestricted funds donated to our Foundation, grants written on behalf of the schools, and donor-specific gifts.

​This year we have also received numerous grant dollars from the Robert Herman Family Foundation to fund things like the STEM program at WHS, the Diesel Tech program at WHS, flexible seating in the elementary schools, technology for special needs classrooms, and more.

We also received an in-kind donation from ACME Tools in Williston. They gave us a large lot of tools for the Buildings and Trades classes at Williston High School.

If you or your company would like to know more about ways you can help Williston Public Schools, please feel free to contact us at the Williston Coyote Foundation. We would love to visit with you about how your donation can be used for the benefit of the schools, students, and staff of WPSD #1.

As always, your donations are tax-deductible and very much appreciated. You can donate conveniently online or can mail any donations to our address listed below. We could not continue our mission of promoting and supporting Williston Public School District #1 without the help of our generous donors!